She's Got it All by Jewel Quinlan

She’s living her dream, not knowing she’s stolen someone else’s…

For Kayla Cross, getting a job as a DJ at legendary club Grace in Ibiza is a dream come true. It’s what she has worked for her entire life. Even if she had to do it behind her parents’ back, like a dirty secret—then and now. She left everything behind in order to give it her all, and she finds it’s going to take far more than the level of confidence she has in order to pull it off.

Lex Granger thought the job was his. But it wasn’t. And not getting the DJ job means another season of bartending, and watching longingly as others play on stage. When his boss orders him to make Kayla feel at home, he almost rebels. But his need to pay bills wins over his emotions. He resents his competition but can’t help being affected by her sunny disposition, talent, and long, lean form. Walking the line between admiration and envy can be agony...

Now available for just 0.99!
Amazon | iTunes | Kobo | Nook
Or add it to your shelf on Goodreads

Excerpt:
Kayla had seamlessly taken control of the sound system a few minutes ago and the stuff she had been playing was good, better than the typical pre-recorded shit. But what caught his attention now was the sound of her voice. She was singing into the mic on her headset. Not lyrics but a beautiful stream of notes that seemed to flutter from her gut up to her vocal cords in a lilting sound that was captivating.
The notes she sang rose and fell, exotic and mysterious with the intriguing underlying beat. Her voice called, it drew…and soon women rose from their seats to the small dance area to move and sway with the music, and the men followed them. The same people who had been oblivious of the music a moment before as they’d smoked and talked were now giving their full attention to Kayla.
It wasn’t just the music that mesmerized them; it was Kayla herself. She was a vision. Her blonde hair gleamed under the lights, and her shoulders and hips writhed in a sexy dance, and all the while she continued to turn knobs and flip switches to make the music she sang to. She was absorbed in it and having a great time. Sometimes her hair flicked when she gyrated, as if in punctuation to her movements. Combined with the sound of her voice, she was like a beacon—the song of an angel caressing and drawing everyone in. It was like nothing he’d ever heard before.
“Hola!” said a man in an aggressive tone, waving a one hundred Euro bill. “Can we get ten shots of Patrón?”
“Of course. Right away, friend.” Lex focused back in on his job.
It was awhile before he could come back up for air. But when he did, he noticed that the space was packed with bodies dancing to the music Kayla played. And, although she was keeping it mellow as instructed, it was the biggest crowd he’d ever seen on the terrace during the day. Security continuously went through, trying to keep key paths clear.
Hands holding cell phones were up in the air, outstretched toward her, as they took pictures and videos. Through it all, she wore the brightest smile he’d ever seen, occasionally lifting one hand to press the earphones closer. She changed the tempo to a faster beat and the crowd responded with cheers. She bounced up and down in joy, hand waving above her head with exhilaration, and the people lifted and pumped their fists in mimicry.
She was every bit as good as any DJ they’d had before and more. She was the embodiment of everything he thought he would have experienced and felt had it been him on the stage. Somehow, she caught him watching, and gave him a cheery wave. Embarrassed, he waved awkwardly back, and then pulled his eyes back down to the bar. And, even though he could acknowledge that Rick had been right, that she was good, he couldn’t help feeling the tiny nugget of palpable distaste lodged deep in his chest.

About the author, Jewel Quinlan:

Restless by nature, Jewel Quinlan is an avid traveler and has visited 16 countries so far. Lover of ice cream, beer and red wine she tries to stay fit when she’s not typing madly on her computer concocting another tale. In her spare time she likes to do yoga, hike, learn German and play with her spoiled Chihuahua; Penny. It is Penny’s mission in life to keep Jewel from the keyboard. But, with the help of dog-chew-making-companies, Jewel has been able to distract her canine companion and continues to get thousands of words on the page for your enjoyment.

Email ThisBlogThis!Share to TwitterShare to FacebookShare to Pinterest
Labels: Jewel Quinlan, New Release, She's Got it All

Mid Week Tease - You guys want to shower with me? #MWTease

Welcome to Mid Week Tease, where myself and other author friends post a little something for you, the readers, from some of our published works, up-and-coming releases, and WIPs (Works in Progress).

Yay! It's official. Dark Tales Diaries: Volume Three has released. I shared a little of this book with you guys last week. What more? Sure you do.

For thirteen years, Tristan Blackthorn has searched for his lost love, Keira. Has the time for their reunion finally come?

When the ball-busting Patrice Wyngate figures out she’s not happy, she does what she does best—takes control. Yet hearing, “Dance for me” completely changes her life, and nothing will be the same again.

For Zoe Harper, there would be no more dieting. The plain truth of the matter was, her no-good cheating boyfriend could kiss her size fourteen ass. Because quite simply, she found a man who was happy to show her Big Girls Do It Better.

Hadley Cooper, Eric Williams, and Jude Jamison had been best friends forever. Yet, at some point, their time living together would end, each of them finding “the one.” Only, Eric and Jude had other thoughts. They intended to make Hadley understand—Three’s Not a Crowd.

Excerpt from Three's Not a Crowd

The Lock by KT Grant 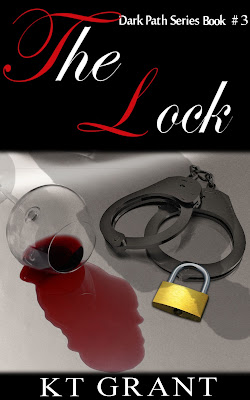 Erika Walsh has carried a torch for Christopher Milton, heir to her father’s publishing empire for years. After one steamy make out session she begins to wonder if it might develop into something more. But when M. L. Crawford, better known as Max, her father’s publishing rival, seeks her out at a society event, she’s drawn to his magnetic charisma and powerful demeanor. Their verbal bantering and innuendo laced overtones stir feelings she never knew existed, and soon Erika is consumed with knowing the real man under Max’s restrained public façade.

Erika’s sweet nature and naivety excites Max to near madness. He wants to train her in the art of seduction and make her succumb to his every wish and command…as his perfect submissive. Yet, Christopher is determined to keep Erika from becoming the latest victim of Max’s sinister sexual hungers. He knows all too well what Max hides in his black soul and will stop at nothing to reveal all of Max’s secrets in order to protect the one thing he holds dear above all else- Erika.

Max’s dark desires scare yet arouse Erika, as he opens her eyes to a new bold world full of passion and ecstasy she never imagined until him. But the biggest question remains: Is Erika’s craving for Max just an illusion that transpires behind the walls of The Gate?
Available now…  Amazon

The seductive world of The Gate continues with The Key...

With Erika back in Manhattan, both Chris and Max try to seduce her in the hopes she’ll choose one of them. As both men battle for her heart, a woman from Max’s past reappears, bent on revenge. Chris will ruin Max anyway he can in order to make Erika his own. However, Max has something up his sleeve to insure he’s the victor, but not without a price—Erika’s soul.

Can Erika choose between a man who seeks to possess and a man who can’t live without her?
Available now… Amazon 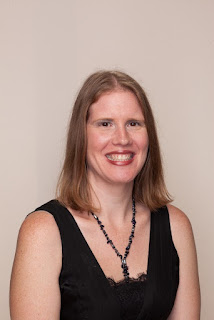 About the Author:
KT Grant is a self-proclaimed eccentric redhead who not only loves to read a wide variety of romances, but also loves writing it. Under her alter-ego, she is a well-known book blogger who doesn’t shy away from voicing her opinion. A proud native of New Jersey, KT is multi-published and writes Gay, Lesbian and Straight romance. KT has been a top ten best-selling author at Amazon, as well as being a multiple All Romance Ebooks best seller and a Night Owl Reviews Top Author Pick. KT is also About.com’s Romance Novel Expert and Columnist.

KT loves to hear from readers. You can drop KT an email at ktgrnt@gmail.com.